The world Miklós Bánffy inhabited as a young man is an often striking, not to say disconcerting, mix of the familiar and the unfamiliar, the archaic and the modern. Hungary in the early years of the 20th century was a place where a gentleman might drive to a pistol duel in his Mercedes motorcar, or even, conceivably, take the Budapest underground. By 1914 Budapest had, in addition to electric underground trains, an extensive electric tram network, electric street lighting, and an increasingly sophisticated telephone system. At the same time, however, in more remote parts of the kingdom, such as Bánffy’s own Transylvania, the inhabitants of many rural villages lived much as they had done for centuries, and while serfdom had been abolished, land ownership still followed largely feudal patterns, with the landed gentry holding the vast majority of territory. By the time of Bánffy’s death in 1950, however, communist governments in Hungary and Romania were attempting, with remarkable thoroughness, to annihilate that world. Understanding this region of Europe during the critical period of transition which Bánffy’s life spanned is not straightforward, and I have put together a short list of books in English which I consider the most useful. I highly recommend all of them, and have consulted several of them frequently while translating Bánffy’s work.

1: Comrade Baron, by Jaap Scholten. Comrade Baron is a fascinating account of the Transylvanian aristocracy, and in particular the hardships they faced after 1945. Bánffy himself features prominently throughout, and it introduces many of the real-life individuals who inspired the characters in his fiction. It also tells the story of Bonchida, the Bánffy family home (and the inspiration for Dénestornya in the Transylvanian Trilogy), as well as the heartbreaking story of how virtually all its priceless treasures were destroyed.

2. Budapest 1900, by John Lukacs. Written in strikingly beautiful prose, Budapest 1900 guides the reader through a city which, though utterly different in many regards, still remains strikingly familiar architecturally. Budapest at the turn of the 20th century was a vibrant, dynamic, young city; it produced, in this era, such figures as Bartók, Kodály and von Neumann, and Bánffy spent much time in the city as a young parliamentarian. Incidentally, it also provides a lucid and concise summary of the political events which perplex so many readers of Bánffy’s Trilogy.

3. Danubia, by Simon Winder. Danubia is the second book in Simon Winder’s trilogy on Central Europe (Germania, Danubia and Lotharingia) and is, in my view, the best of the three. Careful with facts but light in tone, and often extremely funny, Danubia is probably the most accessible, all-round history of Central Europe. It deals more with Austria and Bohemia than with Hungary, but for a general background to the empire within with Bánffy was born and raised, this is an excellent place to start. 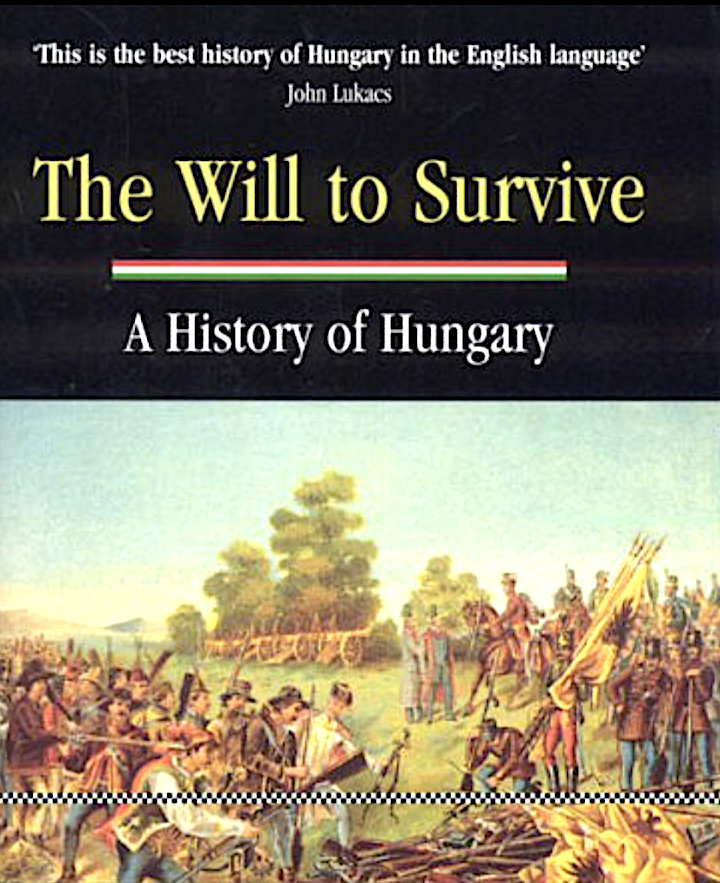 4. The Will to Survive: A History of Hungary, by Bryan Cartledge. There are a number of good histories of Hungary, but most (for perfectly good reasons) focus on events in the 19th and 20th centuries. Cartledge provides the fullest account I know in English of certain historical periods, such as Transylvania’s 17th-century independence, that helped form Bánffy’s identity as both a Hungarian and a Transylvanian. It is, moreover, a tremendous work of scholarship.

5. The Vanquished, by Robert Gerwarth. The vast majority of Bánffy’s published fiction was written after 1920, and was strongly influenced by the events of the six years from 1914 to 1920. That the First World War was an appalling charnelhouse is widely appreciated—though Austria-Hungary’s horrendous losses are not always considered in the West—but the events which convulsed Central Europe during the 1918–20 period are almost unknown in the English-speaking world. Gerwath’s The Vanquished ranges across many Central and Eastern European states, but includes a clear (and searing) account of the tribulations which continued to beset Hungary even after the Armistice had been signed. Bánffy’s Trilogy, as well as short stories such as ’Somewhere’, rely for much of their emotional heft on a shared cultural understanding among Hungarians of the sheer magnitude of the disasters which, by the end of the second decade of the 20th century, had left the country on the verge of collapse. Gerwath’s is the best account in English of this critical period. 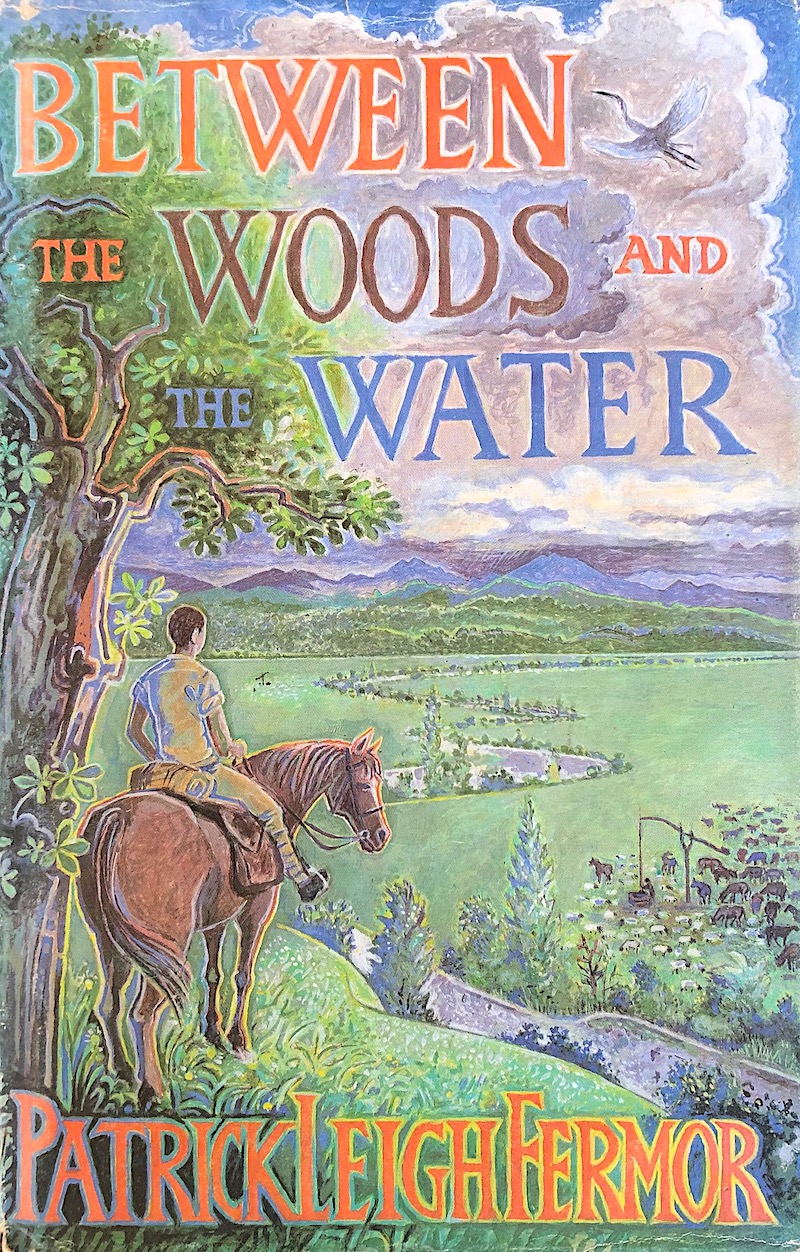 6. Between the Woods and the Water, by Patrick Leigh Fermor. The second book in Leigh Fermor’s account of a youthful trek across Europe in the mid-1930s leads him into Transylvania, and to lengthy encounters with much the sort of characters whom Bánffy describes in his fiction. Much has changed since the pre-war days, of course, and the people he meets live in greatly reduced circumstances (Bánffy tells a remarkably similar story of an encounter between a young Englishman and Transylvanian gentry trying to conceal their poverty in his short story Somewhere) but though diminished, it is still recognisably the same world, while Leigh Fermor’s writing is, as fans will know, superb throughout.

7. Patrick Leigh Fermor: Noble Encounters Between Budapest and Transylvania, by Michael O’Sullivan. Nobody in the English-speaking world knows the Hungarian and Transylvanian nobility like Michael O’Sullivan, and in this engaging, authoritative and richly illustrated book he follows Leigh Fermor’s journey from Esztergom to the Iron Gates, providing a trove of biographical detail and enlivening anecdotes about the people he encountered on his journey, as well as what befell them in the years which followed.

This website uses cookies to improve your experience while you navigate through the website. Out of these, the cookies that are categorized as necessary are stored on your browser as they are essential for the working of basic functionalities of the website. We also use third-party cookies that help us analyze and understand how you use this website. These cookies will be stored in your browser only with your consent. You also have the option to opt-out of these cookies. But opting out of some of these cookies may affect your browsing experience.
Necessary Always Enabled
Necessary cookies are absolutely essential for the website to function properly. These cookies ensure basic functionalities and security features of the website, anonymously.
Functional
Functional cookies help to perform certain functionalities like sharing the content of the website on social media platforms, collect feedbacks, and other third-party features.
Performance
Performance cookies are used to understand and analyze the key performance indexes of the website which helps in delivering a better user experience for the visitors.
Analytics
Analytical cookies are used to understand how visitors interact with the website. These cookies help provide information on metrics the number of visitors, bounce rate, traffic source, etc.
Advertisement
Advertisement cookies are used to provide visitors with relevant ads and marketing campaigns. These cookies track visitors across websites and collect information to provide customized ads.
Others
Other uncategorized cookies are those that are being analyzed and have not been classified into a category as yet.
SAVE & ACCEPT